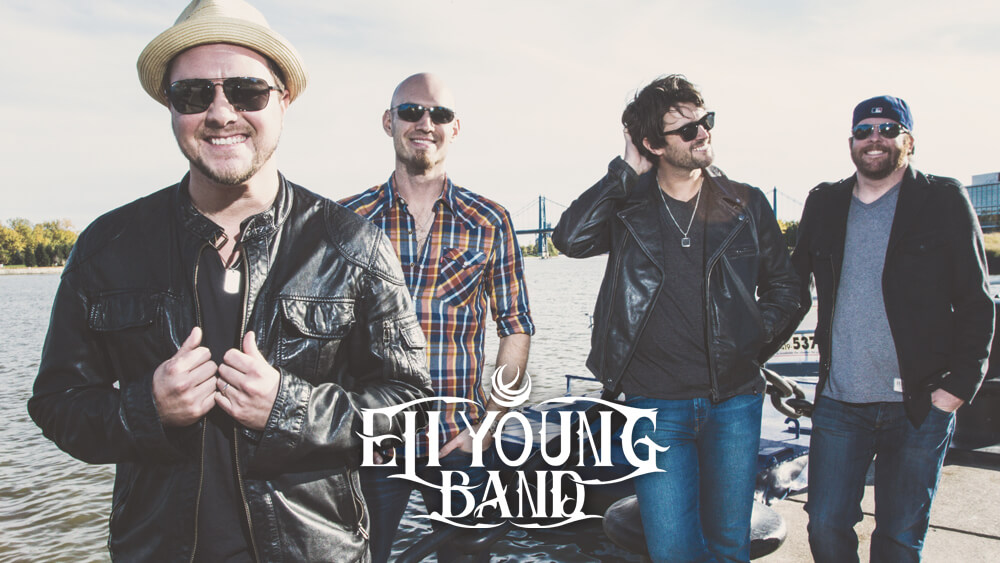 With three No. 1 hits under their belt as well as a Grammy nomination and an Academy of Country Music Award for Song of the Year for their hit “Crazy

With three No. 1 hits under their belt as well as a Grammy nomination and an Academy of Country Music Award for Song of the Year for their hit “Crazy Girl,” the Eli Young Band approached their second Republic Nashville album, 10,000 Towns, with a sense of confidence and purpose. “We were genuinely excited about making this new record,” says bassist Jon Jones. “People talk about the sophomore record being really tough to make and in a lot of ways this felt like our sophomore record even though it’s technically our fifth record as a band.”

With the 2011 release of their Republic Nashville debut, Life at Best, the Eli Young Band scored their first No. 1 hit with “Crazy Girl.” The double platinum single became the # 1 most played country song of the year on Billboard’s 2011 year end chart and earned them the ACM Award for Song of the Year. The band’s next single, “Even If It Breaks Your Heart,” became their second No. 1 and was certified platinum. It earned the band Grammy nods for Best Duo/Group Performance and for Best Country Song as well as Single of the Year and Song of the Year nominations from both the CMA and ACM.

After years of paying dues and gaining experience, the Eli Young Band is at the top of their game. While they started playing in tiny clubs, they’ve graduated to packing out theatres and mid-size venues as a headliner. Their road dog reputation helped them to earn an opening slot playing stadiums on the Kenny Chesney tour. All those miles on the road and visits to 10,000 towns coalesce to make their new album the band’s strongest effort yet. “At this point in our personal lives and in our career, we’re all in really good places,” Thompson says. “We’re all happy in our personal lives, so it shows on this record; it’s fun.”

Eli agrees. “We’ve traveled all over the country and to other countries, but at the end of the day we all party the same way no matter what the culture or the town,” he says. “To us, ‘10,000 Towns’ is a great way to sum up this record in that way as well as who we are. We love traveling around the country and seeing all that and being a band of road dogs.”